In December of 2002, our family was celebrating Brian’s D-II National Championship at Grand Valley State University. While I was busy preparing high school students for chemistry exams, Brian was scheduling recruits, and our three young children were eagerly awaiting Santa’s arrival. Amidst the hustle and bustle of the holidays, I had scheduled my first baseline mammogram that revealed two small cysts. There was no breast cancer in my family history and the cysts were considered fibrous, so the decision was made to monitor the situation every six months.

In June of 2003, I had a preventive lumpectomy with the understanding there was a "one in a million chance" that the biopsy would be cancerous. Afterwards Brian asked me if I had heard back from the lab and I answered, “I am one in a million, honey!”

So began our cancer journey. The following month, I completed a follow-up surgery and began phase two of my road to recovery. From August through October 2003, I completed my scheduled chemotherapy, followed by phase three of treatment – radiation – in November and December. It was faith, family and friends that helped me navigate through those five long months of treatment.

A couple years later, we moved the family to Mt. Pleasant, Michigan, when Brian became head coach at Central Michigan University. Our family was once again doing well and life was on track. In December of 2006, Brian was offered a job as head coach at the University of Cincinnati, and the rest of the family joined him in April of 2007.

About that time, Brian and I decided to create the Brian Kelly Family Foundation. Then the unthinkable happened.  I was diagnosed with a second cancer – different from the first and more aggressive in nature.

With God, family and friends again by our side, we continued our personal journey. In October of 2007, I began yet another leg of the journey that included a lumpectomy and chemotherapy. With many prayers and wonderful medical and family support, we made the decision to undergo a double mastectomy and reconstruction – a process successfully completed in August of the following year.

In December of 2009, Brian accepted the head coaching position at Notre Dame. With a clean bill of health and renewed zeal, the family foundation was renamed the Kelly Cares Foundation. Our family relocated to South Bend, Indiana, a community that has fully embraced our family and foundation.

The accomplishments of the Foundation have exceeded all our expectations. As of January 2019, we have contributed over $5 million to causes aligned with our vision and mission of support for organizations focused on health, education and community needs.

Brian and I consider ourselves so blessed to have a strong, passionate and committed family and foundation team members to assist us in our life journey that allows us the blessing of helping others in need. 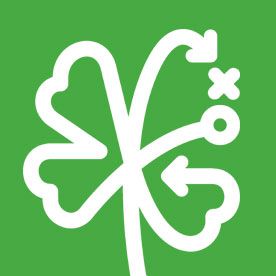